In the previous episode we see that, some goblins caught Selka and I and Kirito and Eugeo trying to save her. In this Sword Art Online: Alicization Episode 4 we see that goblins are trying to kill Kirito and Eugeo. Kirito tells Eugeo that he will tackle the big goblin and throw him a sword to fight and protect both of them. But Eugeo was too scared. Before tackling, he told Eugeo to keep the light with and then fight with the goblins. Kirito then tackle the goblin and throw Eugeo a sword. Eugeo picked the sword and wave it around to protect him.

Meanwhile, Kirito picked a sword and started fight with the goblin chief Ugachi the Lizard Killer. While fighting Kirito cut Ugachi’s left arm using his sword skill called Sharp Nail. With that Ugachi gets angry and he cuts a little in Kirito’s arm. Kirito feels real pain like he could feel in the real world. While fighting Kirito is in a disadvantage because of Ugachi’s huge power. When Ugachi is going for a kill shot at Kirito, Eugeo came swinging his sword and fight with Ugachi. But Ugachi cuts Eugeo’s belly with his sword hit. While almost in death bed, Eugeo tells Kirito about their promise when they were kid that they were born on the same day and die on the day and now he is keeping it. With that Eugeo lose his conscious and Kirito remembered a little about their childhood with Alice and Eugeo. 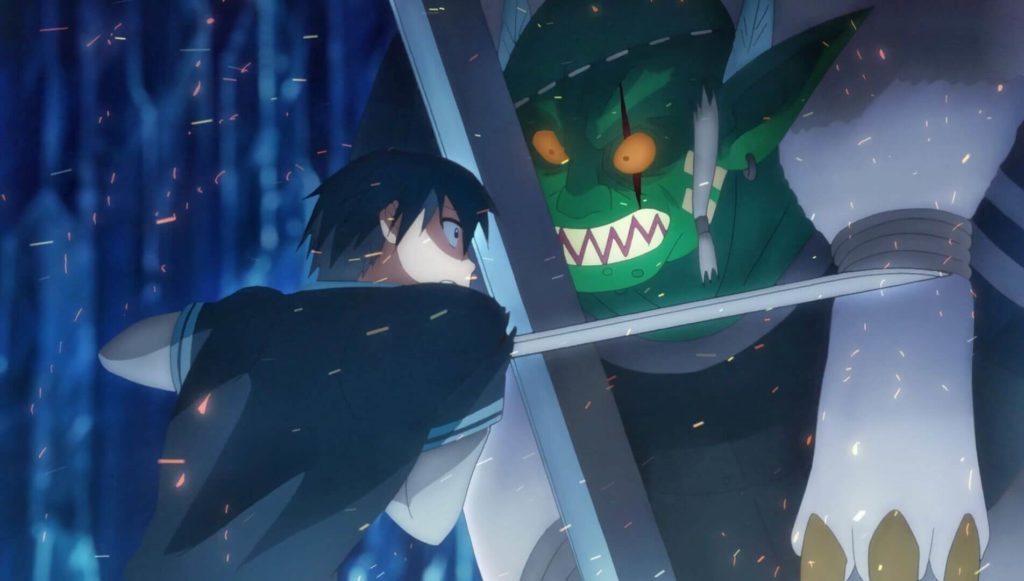 By seeing Eugeo bloody, Kirito determination strengthen and he started to fight Ugachi again. Then Kirito uses his sword skill Comic Leap and beheaded Ugachi, the boss of goblins. The he tells other goblins that ke killed their boss and if they intend to fight, fight him or else they should get back to the land of Darkness.

Then Kirito run and free Selka and tells her to perform a healing magic. After seeing the cut in Eugeo’s belly, she said she can’t heal the injury. But Kirito said she can and to believe in herself. Selka then tells Kirito that with normal magic it’s not possible, they have to do some dangerous sacred art. Then Selka hold Kirito and Eugeo’s hand and uses her spell “System Call transfer human unit durability right hand self to left”. The spell transfers human life and durability from one to other. In the middle of the healing process, Kirito feels Alice’s hand on his shoulder. Alice’s projection tells Kirito in his mind that she is waiting for Kirito and Eugeo on the top of the Central Cathedral in Central City. With that Eugeo healed and Kirito lost his consious for a little time. 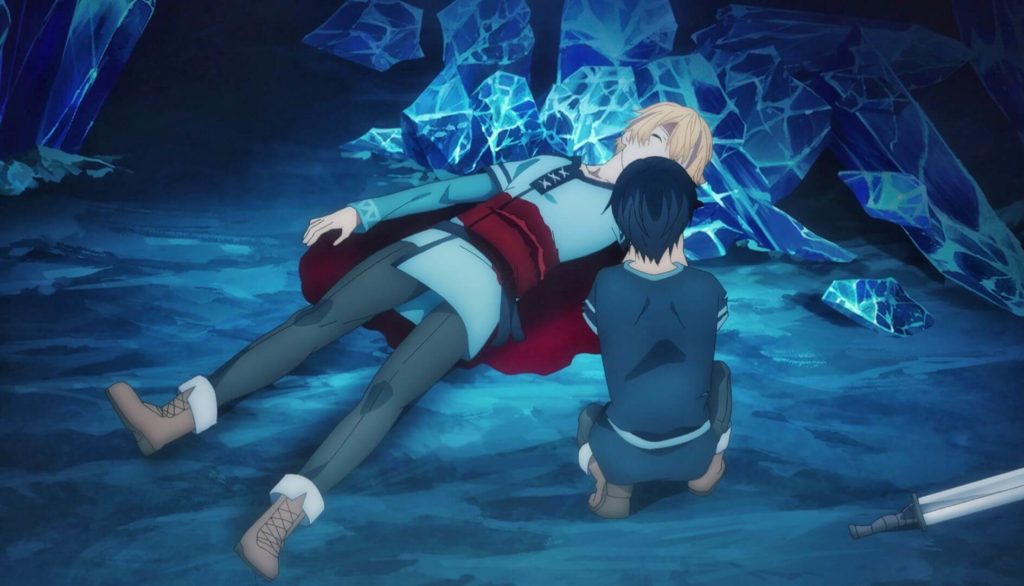 After the scene, we see that Eugeo is hitting the Gigas Cider tree with his axe. When he is hitting the tree, Kirito asks Eugeo about what he told him in the cave and about the meeting when they were child. Eugeo tells Kirito that It couldn’t be true because they only met recently. Then Kirito stands up and took the Blue rose sword. He now can easily swing this sword. His status updated because of the fight with the goblin. The Kirito took a swing at the Gigas Cider and almost half of the tree was cut. Eugeo was astonished.

After that Kirito tells Eugeo to try use the sword to cut the tree. Then Eugeo requests Kirito to teach him the way of Sword. Kirito accepted his request and start teaching sword fighting style. Then Eugeo asks Kirito that what’s the name of Kirito’s sword fighting style. Kirito tells him, the name is Aincrad style. Eugeo practices with Kirito for a while and then he is ready to use the sword on the tree. Then he slashes the tree with his sword and the tree was cut down with a single strike. The tree was cut down and Eugeo’s first calling is completed. 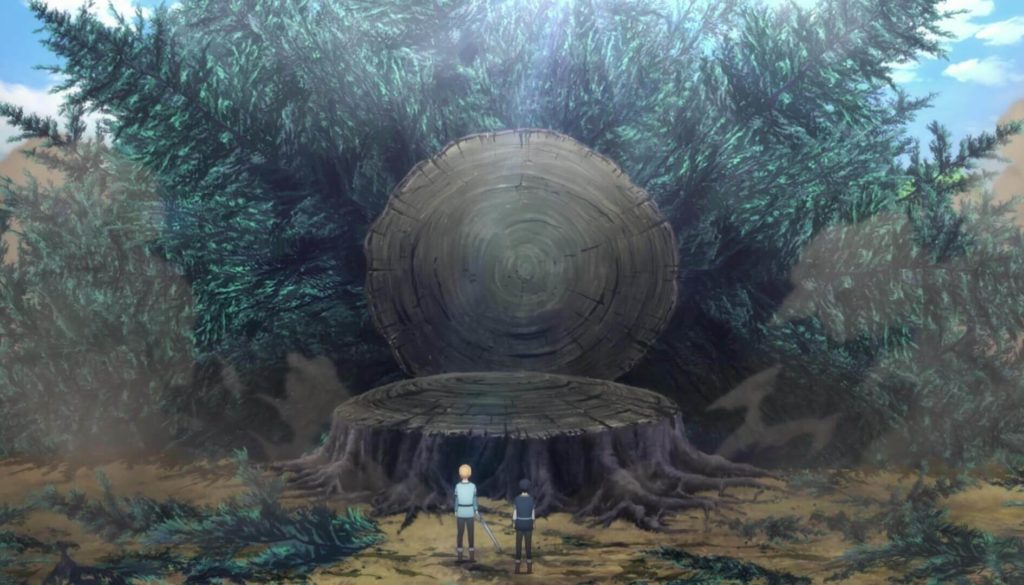 Everyone in the Rulid village is very happy for Eugeo because he fulfilled the wish of the founding ancestors will. Now village elder told him that he can choose a new calling for himself. Eugeo chooses Swordsmanship and the village elder approved it.

Meanwhile, Kirito talking with Selka and tells her that she has nothing to worry. Kirito encourage Sleka by telling her that she has her unque skills and traits that only she can do. Then Eugeo came and tells Selka that he is going to the central and rescue Alice. He sorry for the pain he cost her family. She tells him that she will only be happy if the all three came back unharmed.

Then Kirito and Eugeo left the village and start their Journey towards Central City……….