Summary and detail account of the Episode is down below.

Summary of the Episode: In Tokyo Ghoul:re Episode 17 we see Kaneki saves everyone from Cochlea with the help of Arima Squad. After that Kaneki introduced a new anti-human organization GOAT with One-eyed King as it’s leader in the presence of Tsukiyama Shuu, White Suits, Arima Squad and other ghouls. The work of the organization will be to force humanity to come into a negotiation with ghouls and fight for the ghouls right. Naki and white suits first disagreed but when Kaneki defeated him, he swore allegiance to him and gave him the position of leader to him. Then Kaneki Tsukishima and Nishki meet with Ogura from Great Wheel Act, an organization of ghoul supporters whose principle is that the ghouls and humans are only divided by fate. They provide medical support to human and ghoul alike as they are first founded by a lady doctor who has a ghoul boyfriend. Then Nishiki realized that that doctor was his girlfriend. The Great Wheel Act provided medical care for Akira and she recovered. After getting a little healthy, Amon met with Akira but she refused to forgave him as she thought all these years that he was dead. Then Touka came and took Akira to a playground as she tells her, she was the one killed Akira’s father. Then Akira met with Hinami and learns from Touka that despite having her parents killed by Akira’s father, she never despise her father or her. After that Hinami and ghoul children hug Akira as she cries..

Long Explanation of the Episode: Tokyo Ghoul:re Episode 17 starts when Kaneki woke up and thinking about old Anteiku members. After that, Kaneki goes back on a little flashback, where he saved everyone in Cochlea from Kyoko Aiura, Mougan Tanaka and other investigators. While thinking all that, he came into the cafe where he sees Nisiki, Yomo Renji and Kyoko. Then Touka asks  Kaneki if he wants any coffee.

Tsukiyama Shuu and other ghoul arranged a meeting with Kaneki. Kaneki goes there with the member of Arima Squad including Take Hirako, Ship Ihei, Rikai Souzu, Yusa Arima. Tsukiyama welcomed him. Then white suits member asks why the investigator are there. Kaneki says they are with him. Out of all the members, Miza came and asks Kaneki what he wants to do. Kaneki tells her that he wants to carry on previous one-eyed kings wish to create a world where ghouls and human can understand each other and lives in harmony. By hearing that Kurona laugh and asks how he will be able to do that. Kaneki tells her that human and ghoul will only be able to resolve their problem if they talk and compromise. If they don’t do that the conflict will never end. Then Kaneki says Human will refuse to compromise at first. They will be ready to compromise if they are forced. He explains to them, he is the prime example that human and ghoul can understand and accept each other because he used to be human. He intends to accelerate the forcing process by building an anti-human organization named GOAT with the One-eyed king as it’s leader.

In the cafe, we see Yomo and Hirako are talking about Arima. Yomo tells him that Arima killed his sister ( Touka and Ayato’s mother) and now he is telling him that Arima was helping ghouls. He also tells him if Arima was alive he would have killed him. Then Take explains to Yomo that he and others always followed Arima and still now he is following his order just because he ordered them before his death. He always wanted Arima to Acknowledge him. Then he says to Yomo that Arima is dead and his sister is dead and they will not come back. The chance to kill Arima is gone forever. He will follow the one Arima chose. So, he and his group members will follow Kaneki. Then Yomo Renji agreed with Take Hirako that they don’t need to agree on everything to work together. 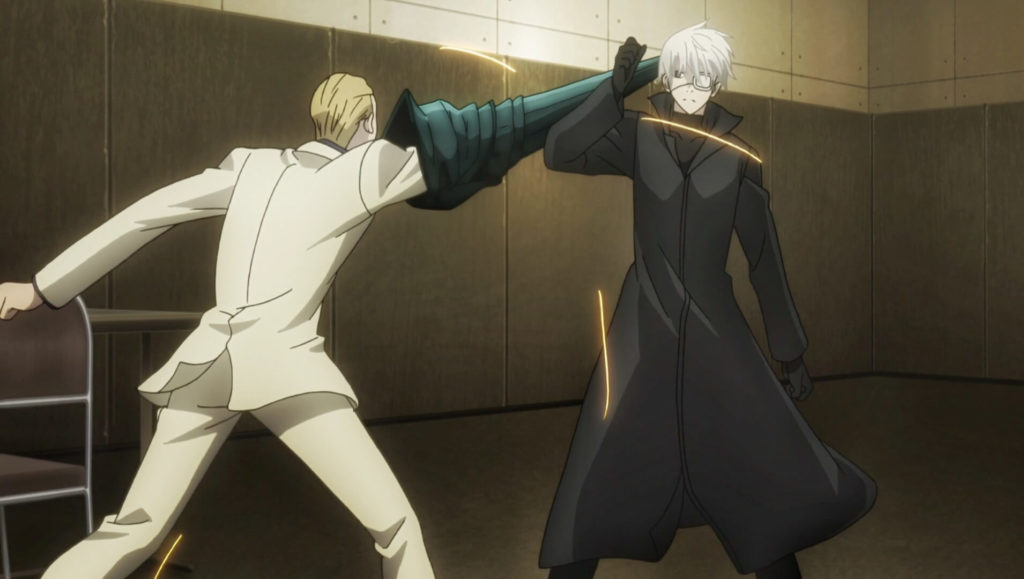 Suddenly a member of Arima Squad, Shio Ihei came and tell Hirako and Yomo to turn on the TV. On the TV, they saw some news about CCG building in the 22nd ward and others being destroyed. Then Hirako tells them that maybe after finishing up Washuu Clan, they are doing some clean up at the agency and aligning it with the emergence of the One-eyed King.

Elsewhere, Akira has too much fever and it’s not going down. Takizawa panicked and tells Banjo to do something. Then suddenly another ghoul Nico came. Then Banjo asks how he is here. Nick tells him he could track them because of Roma’s SOS signal. He also came here to pay his respect to the One-eyed King. Then he says by looking at Akira that she is going to die and recommended a doctor look at her.

In the hideout, Naki came barging through Kaneki’s door with Shousei Idera, Hoguro and Miza. He challenged Kaneki for killing his boss Yakumo Oomori (Jason). Naki fought and lost to Kaneki. He gives Kaneki the leadership of white suits. Then Kaneki tells Naki that if white suits are going to die foolishly, they should die under him. Kaneki also says he cares for them and will fight for them too. 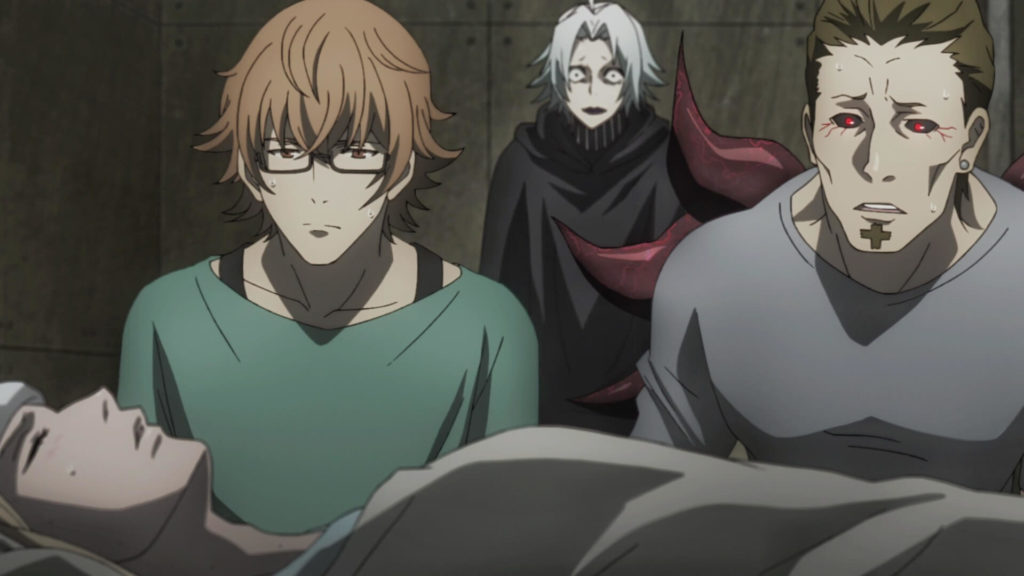 After a long time, Akira got her conscious back. Then Kaneki came in her room to talk to her but she wants to remain alone for some time. After that, Kaneki goes to the roof of the building and sees Amon. Amon tells Kaneki, ghouls are monster who eats human and he used to be human. So, why is he helping ghouls? Kaneki tells Amon that because humans and ghouls are similar but they have been separated from society and can only feed on one thing. He also tells him that he wanted to fight for those who were close to him because he can’t fight for those who he didn’t know at all. So, he will fight for the ghouls because they are the one he knows the most. 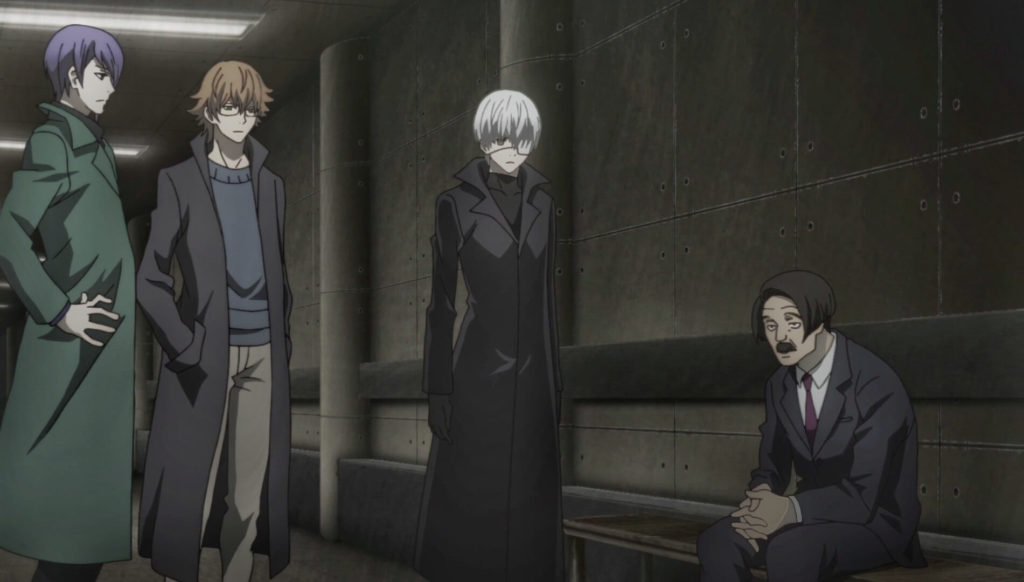 Then Kaneki asks Amon what he will do now that he is also a half-ghoul.  Amon answers that his feeling from when he was an investigator has not changed till now. So, he will do what he thinks is right. Kaneki then tells him that Akira’s consciousness is back and tell him to meet her. Amon asks Kaneki how he will feel if his friend he thought dead appears before him. Kaneki says he will be scared because he could lose them again.

After a while later, Amon meets with Akira with her cat Maris Stella. Akira then tells Amon that she doesn’t want his sorry now because she thought he was dead all this year. While Amon and Akira are talking, Takizawa is secretly listening to them by the door. After taking, Amon gets out of the room and Takizawa move from there. 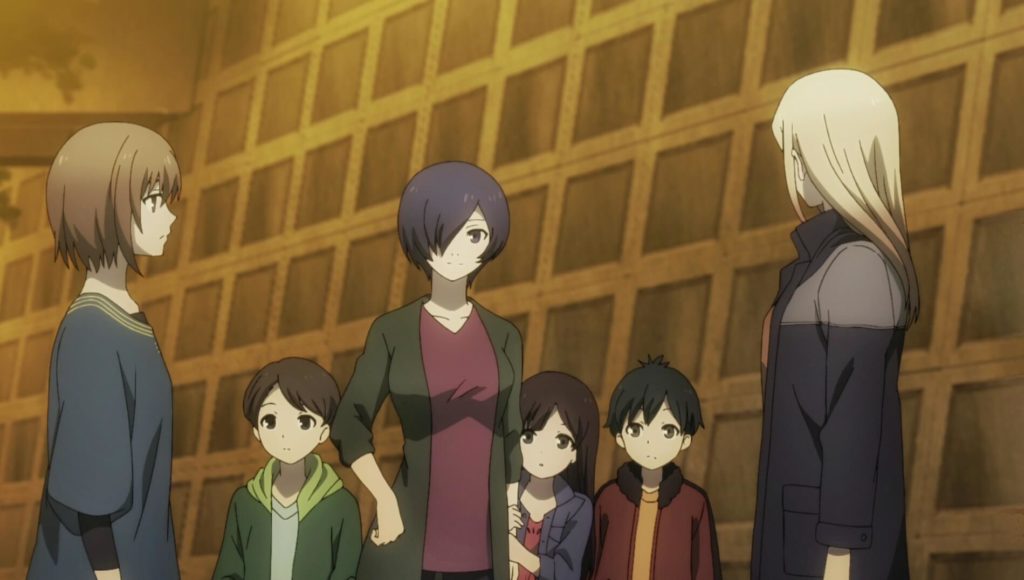 Akira with Touka Hinami and the ghoul children

After a while later, Touka came and tells Akira that she wants to have a talk with her. Touka then tells her that she killed Akira’s father. Then Akira angrily says why she is telling her that now when she is recovering and because of her shitty personality she will not have any problems to hate her. After that, they walk a little and Touka shows her some ghoul children. The tells Akira that those are the children who lost their parents in Rushima’s Aogiri hunt. Then Hinami came calling Touka and she goto the ground to play with the children. Touka then explains to Akira that Hinami was the ghoul her father was after when she was just a small child and lost her parents. Akira understands that her father killed  Hinami’s parents. Touka then tells her that after all that year she never saw Hinami detest Akira or her father. Then Touka took Akira to the playground where the children are playing. She tells the children to the children to hug Akira and they hugged her. After that Touka tells Hinami to hug Akira. While hugging with Hinami, Akira cries and think about how she was wrong to think every ghoul was bad……….. 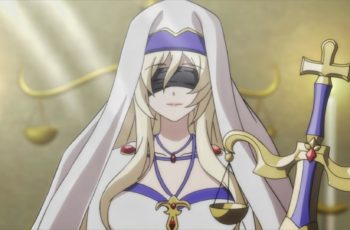 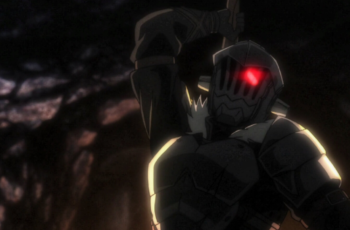